“Yes, and…” is a concept from improv comedy that means to affirm and build on what others do. Beyond improv, it has been popularized as a pragmatic approach to positivity - say “yes” to validate and encourage others to engage, and say “and” to be sure to engage yourself.

But what about “yes people” who blindly endorse poor decisions? And what about the need to say no to manage your time?

To handle these cases, “yes, and…” could use a philosophical twist. What would happen if we combine improv comedy and the Socratic method? 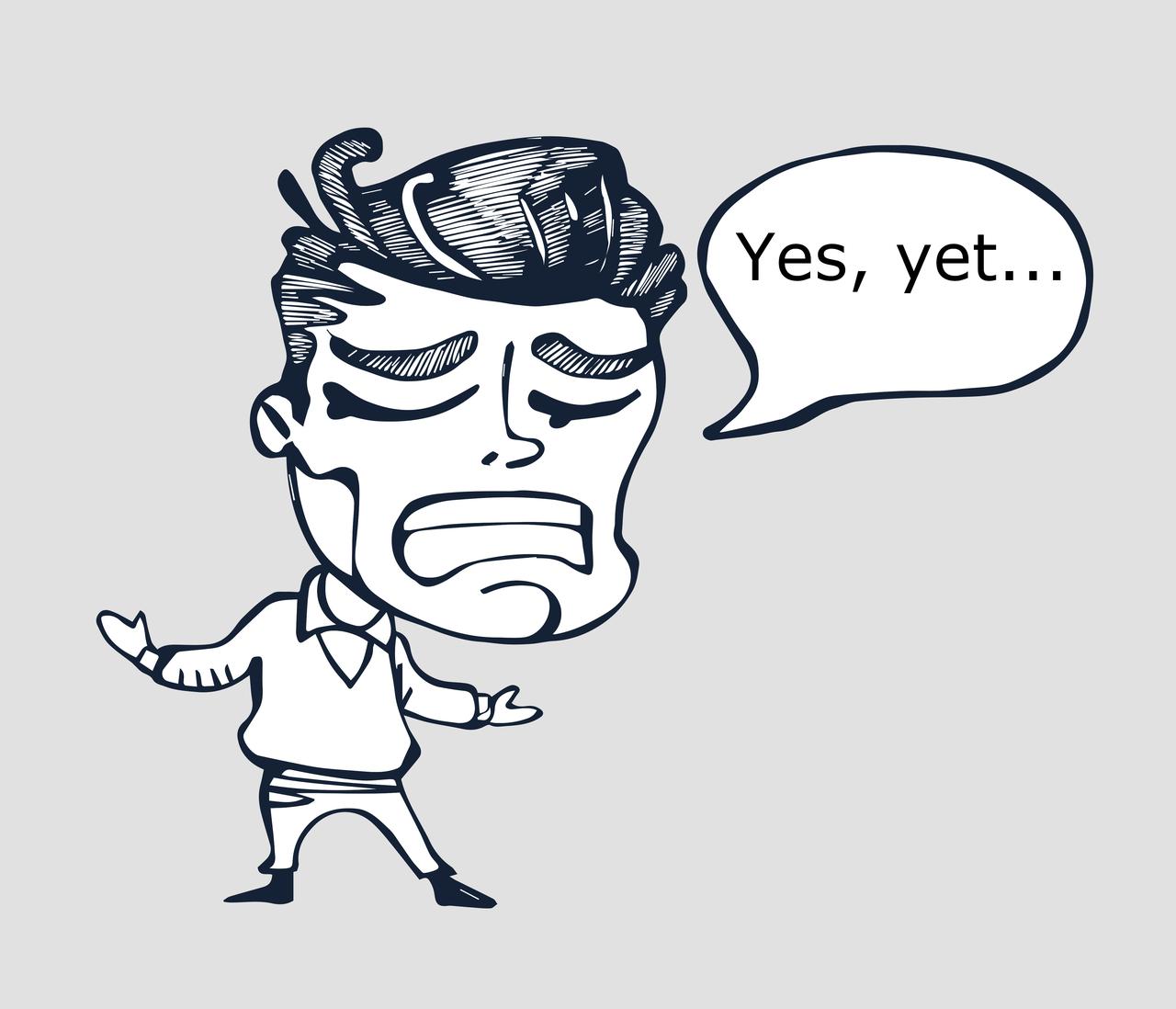 Constructive dialogues still require foundations that at least admit the possibility of affirmation. Opening with “yes” is still a solid tactic - it sets a positive tone, and shows that you’re not just going to shut the other person down.

But constructive dialogues also require logically valid and factually sound reasoning. That’s actually a remarkably high bar! No human meets it reliably, especially on a first consideration of something.

So, instead of immediately pivoting to an “and…” and elaborating on an idea (tacitly endorsing it as the appropriate frame for the issue), it’s better to go to a “yet…” and offer specific critical feedback on parts that may need shoring up.

The form of the “yet” can vary, but in general it should be an attempt to prod your conversational partner to dig deeper into their reasoning, and possibly reconsider some of their premises. You don’t have to (and generally shouldn’t) go full Socrates - just a little bit goes a long way.

With “Yes, yet…” it’s still important to be polite and considerate, even when advancing your most trenchant “yet” points. The idea you’re offering feedback on came from another thinking human who had their context and reasons.

But, that’s just it - they had their context and reasons. They don’t have yours, and vice versa. The goal of a dialogue should be to discover and optimize for the true global state, sharing perspectives and views until consensus is reached.

“Yes, and…” falls short of that. But add a twist of Socrates, and “Yes, yet…” can have you achieving discursory wisdom in no time.