I originally envisioned writing this post some time back - in early 2022, Twitter escalated its dark patterns, requiring accounts (or viewing on a phone) to see certain content.

My draft sat long enough (though less than a year) for that to become quaint, but the point I intend to make is increasingly relevant - that we are witnessing a blurring of the public square and the megaphone, and that this blurring has a number of worrying side-effects. 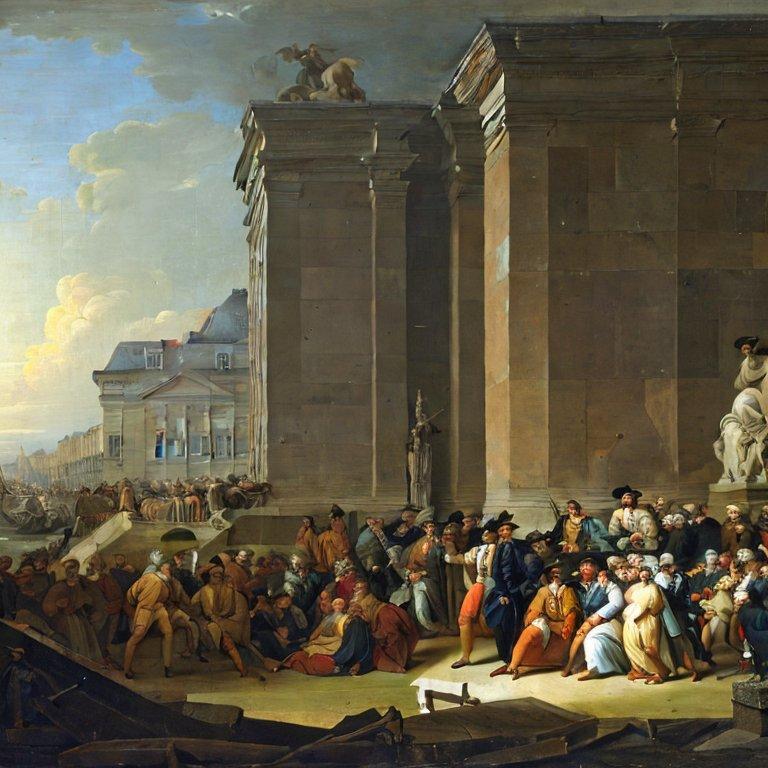 Before we retread common critiques of social media, we should acknowledge that the past had problems too.

The notion of the “public square” is romanticized as a place where anyone and everyone can interact as equals. Societal elites and common people are literally on the same playing field, and victory is a function of the quality of your ideas.

This sort of public square has never existed. Ancient public squares were essentially a vessel for their municipal government, which is to say they allowed for open debate and participation provided you were neither a woman nor a slave. The more recent history of public squares is replete with violence - protests occur, but are not always successful.

The Internet had a plausible shot at ideal discourse - it really is composed of ideas, after all. But it turns out that removing physicality does not free us of bias, power dynamics, and other challenges. And the development of technology has yielded a new failure mode for the public square.

A physical public square has a single location and limited capacity. Even if its events are broadcast, only a subset of people can truly participate live. The Internet has no such limitations - everyone can participate, and what’s more receives a personalized experience tailored for them.

Does this mean everyone has equal standing? Exhibits for your consideration:

In all of these situations, outcomes are driven by relatively few individuals, in a way where most participants are just fuel for the fire, not equal members in the dialogue.

The fact that you are reading a blog shows you already know that the online playing field isn’t level. Certain mediums are favored, insular communities form, and major personalities dominate. If you want to experience a range of ideas, you have to go out of your way to find them.

Social media has not simply virtualized the public square - it has reshaped it. Its members now have access to a megaphone - of course, most will only be able to use it accidentally, if at all (“going viral”). But to those with a substantial following, they are now able to broadcast and steer dialogue in a way that is unprecedented.

Note that I’m not talking much about algorithms - they are incidental. The real dynamic is scale and human behavior. Demagogues have existed as long as public squares, but their available market has been limited geographically - now it is global and available instantaneously.

The public square was never a place of equals engaged in good-faith dialogue. But it is now as askew as ever, and also a broadcast platform for behavioral pressure and conformity on a massive scale. Even if you don’t participate, you are impacted.

This is the part where I’d like to close with something more uplifting - but there’s not really a lot of options. Seeing the behavior of people leaving Twitter shows that most of them don’t really have a problem with the centralized model - they just don’t like its current leadership. Arguably, decentralized approaches will never scale1 - and that may truly be a feature, not a bug.

So, I’ll continue doing what I have for most of the history of the web - finding smaller groups and communities of people focused on topics I enjoy, with temperaments I find agreeable. I enjoy technology not for scaling socialization but for enabling convenient connection at a distance.

In a sense this means I too prefer insular communities, but when they are small (not backed by celebrities or algorithms) I find they can avoid being echo chambers, and at least not cause harm. The technology is here to stay, so we may as well take the good we can from it.

Pre-social media communities tended towards insularity, as well. Perhaps humans can only handle these sorts of small-scale interactions, and trying to transcend them leads to conflict. This runs counter to trends towards globalization - but in past, globalization was slow and abstract. Now, it is real-time and visceral.